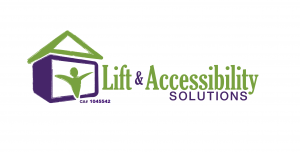 Activities That Shorten the Life of Your Home Elevator 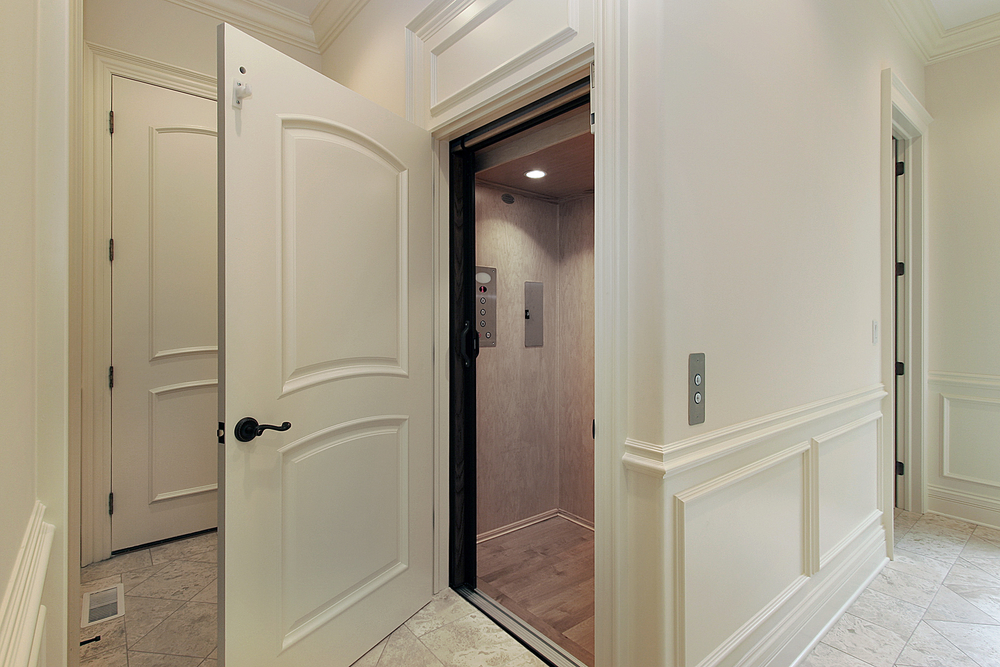 We have all experienced that sinking feeling when you walk in a building and head toward the elevator and see that out of service sign. That feeling of annoyance is fleeting once you have left the building and gone about your day.

Now, imagine if it were your home elevator that was broken. That feeling of annoyance would sit with you until it is repaired. Along with that very real emotion that comes with feeling like you are cut off from a portion of your home. Well, with that in mind here are a few simple things to keep in mind with your home system. Not doing these things will help keep it running smoothly for the extent of its life.

Having an elevator may seem like an easy way to take heavy loads from one floor to the next. Yet one of the fastest ways to shorten the life of your home elevator is by running your system overcapacity. This forces every part of your elevator to work harder to make the lift from floor to floor.

If you run your elevator overcapacity regularly you will likely begin to notice that it will start to run at uneven speeds.

Do not interfere with the doors of your elevator as they close. Blocking your elevator doors might seem like a good idea to “hold” the elevator to get everything or everyone in the lift. But in fact with many newer elevator lift systems you can “time out” the elevator by holding the doors open. The resulting “time out” will then need to have a mechanic restart the system. If you need to keep the doors open longer than programed use the DOOR OPEN button that should be located on the selector panel.

So, we all have been there as a kid and likely many of us have as adults as well we are in the elevator and it is descending to the ground floor. Just as we sense it is about to come to a stop we jump up and down. Well, it sure sounds fun and it was when were kids but unfortunately this action is very hard on your elevators lifetime as it puts stress on numerous parts of the lift. So, don’t bow to the temptation yourself or allow other people using the elevator to.

Lastly it may seem like common sense but never try to pry open the doors while in the elevator. If you do manage to force the door open you can risk injuring yourself. Additionally, by forcing doors open you can damage the system resulting in the need for time consuming unnecessary repair to your elevator.

5 Reasons To Consider A Residential Elevator 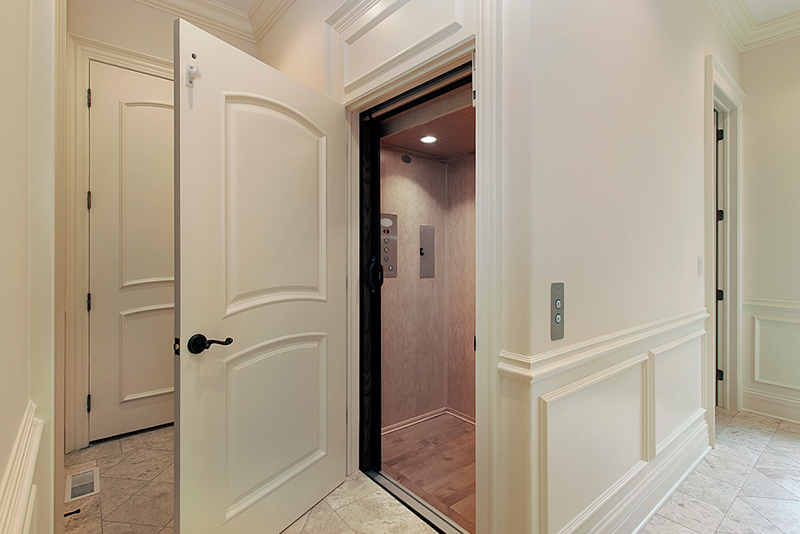 Providing safety and convenience, a residential elevator is an accessible device which assists physically disabled people to move from floor to floor. Elevators are also beneficial for transporting bulky items and groceries. Most importantly, an elevator increases the quality of your lifestyle. Residential or home lifts usually take less space in comparison to stairs, and this option will aid you in saving space for other uses. Elevators require only little room. The elevator can be easily installed outside on an external wall, which would give an indoor entry to the users at every level. Elevators of residences would help in the prevention of accidents. Many times, people fall from stairs and injure themselves severely. To avoid these worse circumstances, elevators could be used by dwellers in their home. 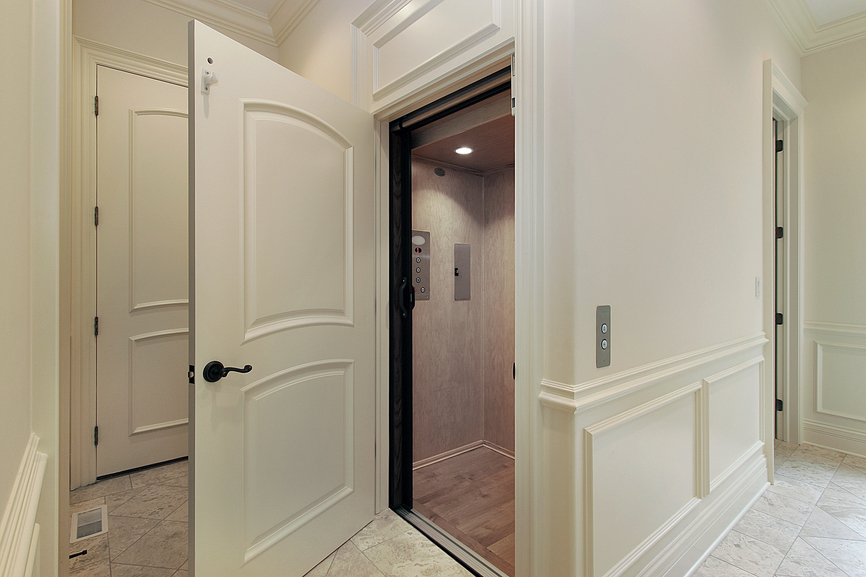 In the 2002 movie “Panic Room”, our main character played by Jodie Foster and her daughter (a yet unknown Kristen Stewart) moved into a posh building that had three stories and featured not only the titular panic room, but also an elevator, as the previous owner was disabled. While the elevator was not essential to the story, it was highlighted as an option that made the house so “decadent”. The idea of an elevator in your home has always seemed like something that only rich people with mansions would choose.

Now, thirteen years later, home elevators are becoming more popular than ever, especially in places such as Southern California. A report released by the National Association of Home Builders shows that nearly 25% of new home buyers rate a home elevator as a desired or essential part of the house. Back in 2002 that figure was only 8%. Why the change? There are several factors driving this trend, but mostly it seems to be that more homeowners are planning ahead for when traversing stairs will become too much of a hassle. Many new buyers are planning on “aging in place” and want to take care of installations and renovations that will assist them in old age while they are still able to afford it.

One of the other reasons for the surge in elevator installations is that the cost is becoming relatively lower. For a typical two story lift, it can run between $21,000 and $28,000, not including permits. This is also to install an elevator for a new home. To put one in an existing home can run upwards of $125,000. Fortunately, however, new technology in pneumatic tube style elevators is drastically reducing the cost, making an installation worth only a few grand. These aren’t as capable of cable-style elevators, but they can get the job done quickly and efficiently if all you’re looking for is to transport one or two people with minimal cargo.

To cater to this new trend, many builders and designers are starting to incorporate elevators into their floor plans so as to attract this new wave of buyers. Elevators are becoming customizable to fit better with the overall look and feel of a home. Wood panel lifts are used for more traditional style houses whereas glass window elevators are becoming more popular, due in part to their anti-claustrophobic feel.

As far as market trends go, this one seems to be one of the more practical options. As the population grows older, demand for elevators will only increase, meaning that we may see a day where the majority of homes will come equipped with a lift.

Residential Elevator That Floats on Air?

In 1852, Elisha Otis invented what’s known as the “safety elevator”. A metallic compartment that raised and lowered via cables, but with an emergency stopping device in case those cables broke. As a result, elevators became widely available, and construction took off, literally, into the skies. 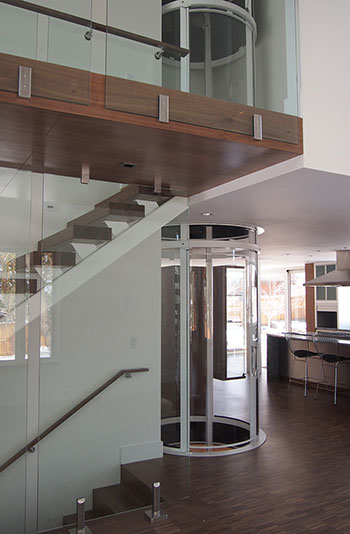 Since the invention of the elevator, moving people and supplies up and down tall buildings has been a breeze. While typically lifts are limited to commercial or industrial buildings, there are some reasons to have one installed at home. Elderly or people with limited mobility may require an elevator in their house lest they be confined to the bottom floor.

Traditionally, home elevators have been a costly mess, and as a result they are few and far between in most residences. However, an Argentinian designed lift hopes to fix that problem and allow for elevators wherever they’re needed.

The Residential Pneumatic Vacuum Elevator is designed with basic physics in mind. Instead of cables and a pulley system, the lift is operated solely via air. This is similar to the old pneumatic mail tube device used at the turn of the century. Because the car is moved with air, it eliminates the need for pulleys or counterweights, thus reducing the size and complexity of the elevator considerably. It’s made of aluminum and polycarbonate and is entirely self-contained, so installation is a snap.

In addition to the smooth transition between floors, the RPVE has a safety mechanism that locks the car onto the floor it’s at in case of a power outage. Also, while it may seem precarious only to be riding the air, the lift is rated to carry as much as 450 pounds. The company that makes them has already installed over 300 with no major issues and hopes to continue expanding into new markets.

With the affordability and benefits of this device, it’s not too hard to assume that bigger and better versions will be developed, so that one day commercial elevators could use similar systems, thus reducing building costs and allowing for elevators everywhere. Someday in the near future, everyone could be riding around in a pneumatic device. What a glorious age in which we live.

Freedom and Safety are a Phone Call Away!